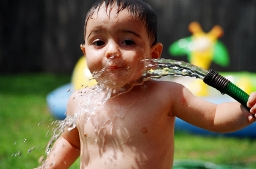 There is no good reason for U.S. cities to be putting fluoride in water. In fact, there are many health risks associated with the ingestion of fluoride.

Fluoride was first introduced into the U.S. water systems in the 1950s.

The goal of fluoridation was to deter tooth decay in young children and promote good hygiene as cost-effectively as possible.

The belief was that they could increase the fluoride levels in young children by having them ingest the fluoride rather than applying it topically.

This was mainly for the benefit of children in poorer families who could not afford dental care.

Inadequate Testing for Fluoride in Water

However, the testing required to put a chemical substance in the water of millions was pitifully minimal. The early studies conducted between 1945 and 1955 in the US, which helped to launch fluoridation, have been heavily criticized for their poor methodology and poor choice of control communities (De Stefano 1954; Sutton 1959, 1960 and 1996; Ziegelbecker 1970).

According to Dr. Hubert Arnold, a statistician from the University of California at Davis, the early fluoridation trials "are especially rich in fallacies, improper design, invalid use of statistical methods, omissions of contrary data, and just plain muddleheadedness and hebetude."

In 2000, the British Government’s “York Review” could give no fluoridation trial a grade A classification – despite 50 years of research. Since the 50s, countless research has been done on the effectiveness and safety of fluoride.

In fact, the difference was only an average of .6 DMFS (Decayed Missing or Filled Surfaces) for children ages 5 to 17 residing in either fluoridated or non-fluoridated communities.

Fluoride in Water Does NOT Prevent Tooth Decay

The Center for Disease Control and Prevention has now confirmed the findings of many dental researchers that the mechanisms of fluoride’s benefits are mainly topical, not systemic.

The conclusion is that fluoride has some benefits when applied topically, as in the form of toothpaste, but no significant benefits when ingested.

Since swallowing fluoride is unnecessary and not effective for preventing tooth decay, it does not make sense that we are still putting fluoride in our water systems, forcing millions of people to ingest it unknowingly or against their will.

The diseases and problems caused by ingesting fluoride make it a deadly as well as pointless health hazard.

Dr. Douglas Carnell, the associate editor of the British Medical Journal, said: “Fluoride is a cumulative poison. On average, only 50 percent of the fluoride we ingest each day is excreted through the kidneys."

Carnell says the rest of it accumulates in the pineal gland, bones, and other tissues. If the kidneys are weakened, the harm from fluoride ingestion will only increase.

Preliminary studies have indicated probable adverse health effects from the ingestion of fluoride.

Some of these problems include mouth sores, headaches, certain types of arthritis, as well as stomach and colon issues.

Dr. Arvid Carlsson, winner of Nobel Prize in Physiology or Medicine 2000, aptly stated: “No physician in his right senses would prescribe for a person he has never met, whose medical history he does not know, a substance which is intended to create bodily change, with the advice: 'Take as much as you like, but you will take it for the rest of your life because some children suffer from tooth decay.’ It is a preposterous notion."

So why is fluoride still in many water systems in the U.S. and throughout the world?

Most likely, it is because of money and politics. Fluoride is a by-product of many types of industries, including steel, fertilizer, aluminum, cement, glass and many others. It is a toxic waste that must be disposed of.

These manufactures would need to pay millions of dollars to dispose of the fluoride waste if it was not added to water!

Thus, some advocates believe this is the main reason fluoride proponents work to keep fluoride listed as a healthy additive to water.

The economic and political pressure is great—and the motive appears to be money.

Protect Yourself by Drinking Filtered Water

Until legislation is passed to remove fluoride from water and governments take responsibility for community health, we can protect ourselves from the health risks by purchasing a fluoride water filter.

Make sure that the filter you buy, however, eliminates fluoride as some carbon-based filters will not screen out the fluoride.

Return from Fluoride in Water to Water Contaminants