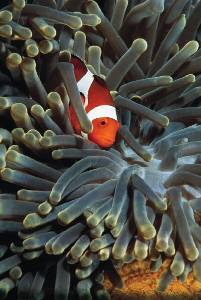 The effects of water pollution on a vast array of life from humans to plants are immense.

As our backyards and lakes are becoming landfills and toxic dumps, the scope of damage is just starting to be felt by all.

Ecosystems around the world are being destroyed and species are rapidly going extinct.

To combat this pollution, we have to understand the causes of water pollution and we have to become more knowledgeable about its effects.

The following are just eight significant related effects, even though there are numerous other issues.

Human infectious diseases are among the most serious effects of water pollution, especially in developing countries where the sanitation is usually inadequate or non-existent.

Developed countries are not immune to the problem of infectious water borne diseases either. In 1993, high cryptosporidium levels in Milwaukee’s drinking water supply sickened more than 400,000 residents.

This was an extreme case but transmission of deadly agents such as bacteria and cysts via contaminated water is a much higher problem than it should be.

Every year an estimated seven million Americans are sickened by contaminated water, and this is only one of the effects of water pollution.

2. Excess Algae Due to Nutrient Pollution

Nutrient pollution was called the most widespread, chronic environmental problem in the coastal ocean by the Woods Hole Oceanographic Institution.

The discharge of nitrogen, phosphorus and other nutrients coming from various man-made sources stimulates the algae growth in these run-offs and coastal zones to dangerous levels.

This excess in algae is harmful to the local habitat and uses all the oxygen, killing off the native aquatic life. Nutrient pollution can also cause unusual outbreaks in fish diseases.

3. Effects of Oil and Petroleum Chemicals on Aquatic Life

Exposure to oil or its chemicals can alter the ecology of aquatic habitats and the physiology of marine organisms. Evidence strongly suggests that components of crude oil persist in the marine environment for years and are extremely toxic to the aquatic life.

Chronic exposure to a chemical, PAH, in the oil affects the development of marine organisms, jeopardizing normal reproductive cycles in many marine species.

Pesticides are carried into water systems by rain water runoff and are sometimes even sprayed directly into waterways as part of pest-control.

Pesticides are poison to small animals and insects, killing them and protecting the farmer’s crops. When enough of these pesticides get carried into the water, they can have serious effects on our health as well.

The second most common herbicide in the U.S., Atrazine, has been linked to a number of human cancers, including prostate cancer and lymphoma. It can also affect human reproductive and developmental processes by disrupting human hormone activity.

Pesticides can affect and damage the nervous system, cause liver or DNA damage, cause a variety of cancers, and cause reproductive and endocrine damage.

Mercury is a pollutant usually coming from factories and often spreads as an air-borne pollutant, but it can get in the water through runoff and storm activity.

Mercury is incredibly damaging to young children and babies still in the womb. Young children are most at risk while their brains and bodies are still developing. Exposure to mercury in the womb can cause neurological problems, including slower reflexes, learning deficits, delayed mental development, autism, and brain damage.

6. Effects of Water Pollution from Mining

Dangerous chemicals used in mining processes are carried into rivers and lakes and have devastating effects on the water.

When rain or surface water flows over exposed rock and soil, it can combine with naturally occurring sulfur to create sulfuric acid. This acidified rain water eventually makes its way into the water system where it pollutes these systems and impacts the local aquatic life.

Some of these streams can become so acidic--worse than battery acid--they kill off all the aquatic life in the stream or lake. When there is a leak or a spill in a mine, it can also have disastrous consequences on the local environment.

Marine debris is basically trash in the ocean. Fish and aquatic life will swallow the trash items (possibly mistaking them for prey) and choke and die on the plastic.

After years of degradation, this plastic will break up into very small pieces and be ingested by critters low on the food chain, which in turn will be eaten by fish and others higher up.

Industry machinery is cooled by water from lakes and rivers. This water then returns to the water sources in a heated state. Fish and other organisms that have adapted to a particular temperature can be killed from thermal shock, and the extra heat can disrupt the spawning.

Warmer water temperatures also reduce the oxygen content in the water, which increases the organism’s susceptibility to disease, parasites, and the effects of toxic chemicals.

The effects of water pollution are far ranging, and traces of pollution can be found in just about every species on the planet.

To combat these effects and put a stop to the pollution output, you might want to check out our site article on Solutions to Water Pollution.