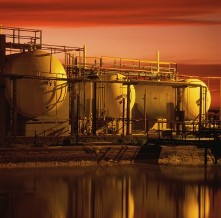 The causes of water pollution are too numerous to identify in one article. However, the main sources can be categorized in three categories:

The following is a brief summary of some of the most significant contributors from each category.

Nutrients such as nitrates and phosphates are used in fertilizers to increase the nutrition of the soil, but when this water runs off into the water it creates problems.

These nutrients can cause the over-stimulation of growth of aquatic plants and algae, choking out the life of other organisms in the area.

This is most prevalent in estuaries and deltas, where the runoff is dumped at the mouths of major rivers.

Pesticides run off farmer’s fields and roadsides into the drainage, mingling with the water.

The pesticides and bug controls we put on our lawns and use in our gardens flows off and into the sewage system.

This practice is one of the causes of water pollution easily remedied by our use of non-toxic lawn and garden pesticides.

In the Midwest, where farming is prevalent, water utility companies spend over $400 million a year to treat water for one chemical, atrazine.

Sediment pollution occurs when forests are “clear-cut.” This kills the root systems that were previously keeping the soil in place and the sediment runs off into the nearest water source.

Soil is also exposed through poor farming practices, causing sediment pollution in the nearby rivers and streams. This has a disastrous effect on the fish and aquatic life in these bodies of water.

It is hard to find water that does not have traces of chemical or industrial waste in it.

In the U.S. alone, over 34 billion liters of the most hazardous wastes are injected each year into the ground through thousands of “injection wells.”

These wells are supposed to be injected below the deepest water source, but many states in the U.S. are finding that their underground water supplies are becoming more and more contaminated.

The situation is even worse in many other countries. In India, for example, the water in all 22 major industrial zones was found unfit for drinking.

Major oil spills get all the attention from the media as being one of the primary causes of water pollution, but they are rarely the main cause of oil dumpage into the water.

The main cause of this type of pollution is from the gradual drips and leaks from cars, machinery, boats, and fueling stations that get carried by rain water into the nearest water source and rivers.

These small drips add up over time. In fact, over a period of one year, they are five times greater than the BP oil spill that caused so much damage.

And, by saying this, I certainly don't mean to minimize the damage BP caused, which was and is highly significant. It's just that the cumulative effect of many people being careless is still more damaging than this one major event.

Thus, my point is that it still comes down to personal responsibility.

Leaking fuel storage tanks are also a big problem. Experts estimate that over 100,000 tanks are leaking oil and additives into the groundwater, polluting the streams and fresh water supplies.

In Santa Monica, California, wells that supplied half of the city’s water were closed due to an unsafe amount of a gasoline additive MTBE.

Dangerous chemicals used in mining processes are carried into rivers and lakes and have devastating effects on the water.

Heavy metals and sulfur compounds that are trapped deep within mountains are disrupted through the mining and end up on the surface as waste or drain-off, eventually making their way into the water.

Cyanide that is used to chemically extract gold from ore finds its way into the groundwater and also rivers through eventual run-off.

The most hazardous offense of mining, however, is when companies dump their mining waste directly into the water as a means of disposal. Definitely one of the most irresponsible causes of water pollution.

Thousands of tons of plastics are ending up in our landfills and bodies of water.

The average plastic takes years to hundreds of years to disintegrate. As the plastic starts to break down, it is ingested by tiny marine organisms as well as many other aquatic creatures.

While plastics take their sweet time to disintegrate, the aquatic life is ingesting these plastics and dying off in the thousands every day!

Almost all of the household cleaning and personal care products used in homes are loaded with unhealthy chemicals.

Every commercial product we use in the home eventually runs off and into the drain when we are done.

In addition, large amounts of pharmaceuticals are flushed down the toilet and end up in the groundwater -- one of the more disturbing causes of water pollution made public in recent years.

Animal farms that use growth hormones and antibiotics also send large quantities of chemicals into the water.

Most water treatment facilities are not equipped to filter out these chemicals and they are then spat out into the local waterway.

In developing countries, 90 percent of the disease-infested wastewater is being discharged directly into the water sources.

Even in the U.S., 850 billion gallons of raw sewage is sent into the rivers, lakes, and bays through leaking sewer systems and inadequate sewer and storm systems that overflow during heavy rains.

Hydraulic fracturing, or fracking, is a destructive process the big oil and gas corporations utilize to extract oil and natural gas from fossil fuel reservoirs that are deep underground.

At existing wells, they force millions of gallons of water mixed with sand and harsh chemicals with enough pressure to fracture the rock and thus create a large series of cracks. This releases more oil and gas without having to drill new wells.

One of the biggest problems of fracking is the fact that the contaminated water does get into the water table.

Gas companies use at least 200 types of chemicals, many of them toxic, like benzene and methane. High levels of radioactive materials have also been found in wastewater from wells.

All of the above causes of water pollution can be significantly reduced through individual and corporate accountability.

Most likely, we are always going to have some degree of water pollution.

However, if we value water for what it is, we must begin to look for ways to reduce our personal contribution to pollution by making better informed consumer choices, such as choosing drinking water filters over bottled waters.

In addition, we can look for safer ways to dispose of all of our waste products in order to preserve both human and aquatic life, as well as the entire ecosystem.