20 Water Pollution Facts
for the U.S. and the World
by Merlin Hearn 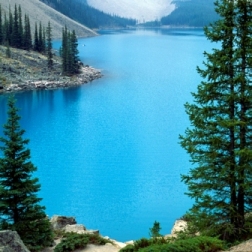 Understanding the following 20 water pollution facts has helped me become more aware of my personal contribution to the pollution problem.

In addition, they have inspired me to a much greater appreciation for water and the environment we live in.

I now know that individual small changes can make a huge difference in the big picture.

In order to fully understand these facts, it might be helpful to some folks is we briefly review the three main sources of water in the world. These include:

Surface Water - The most available drinking water comes from fresh surface water. This is the water we find in lakes, reservoirs, rivers, streams, lakes, ponds, glaciers and ice caps.

Groundwater - Most of the world’s liquid fresh water is contained in underground aquifers. Water remains in an aquifer an average of 1,400 years and groundwater pollution is extremely difficult to treat because it does not readily wash out.

10 Water Pollution Facts for the U.S.

10 Water Pollution Facts for Beyond the U.S.

These facts give us just a glimpse into the devastating effects of water pollution.

To learn more water pollution facts, check out our articles on specific toxins and pollutants in water – as well as how to prevent pollution, both individually and collectively worldwide.

Investing in safe drinking water and sanitation is not only good for personal health and the environment, it contributes to economic growth.

For each $1 invested, the World Health Organization estimates returns of $3 to $34 dollars, depending on the region and technology used.