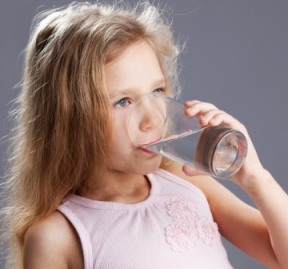 The correlation between water fluoridation and higher rates of ADHD has been affirmed by several studies.

The most comprehensive study was published in Environmental Health Journal in 2015.

This study used statistics from the Center for Disease Control (CDC) and water fluoridation usage in municipal water from 1992 to 2008.

Prior to the water fluoridation and ADHD study, scientists had already concluded that ADHD was linked to other environmental factors including nicotine, mercury, lead, arsenic, food additives and coloring, PCB’s, and pesticides.

They found that children consuming water with fluoride levels at 1.2 to 3 mg/L had increased fluoride concentration in their urine.

These levels have been associated with an impairment of the ability to read and write, slower reaction times, and poor visual-spatial organization.

Water Fluoridation in the U.S.

Even though most European countries have banned fluoride for the past few decades, approximately 75% of U.S. public water systems still use fluoride.

Hydrofluosilicic acid (a fluoride-like chemical) was added to public water supplies decades ago supposedly to help prevent tooth decay. This chemical was used in place of natural calcium fluoride.

However, this type of fluoride is a known neurotoxin! In pregnant women, fluoride can cross the placenta and accumulate in the brain of the infant.

The neurotoxic effects of fluoride can impact the unborn child’s cognitive functions, including learning, memory and attention.

In addition, fluoride ingestion is also linked with lower IQ numbers, according to the same study.

According to the researchers behind the water fluoridation and ADHD study, fluoride suppresses the thyroid gland, which then leads to many of the ADHD symptoms.

Previous research on the amount of fluoride used for water fluoridation suggested it was safe to ingest. However, this is clearly not true.

According to Dr. Caroline Martinez, a pediatrician and researcher at Mount Sinai Hospital in New York, writes “Fluoride appears to fit in with a pattern of other trace elements such as lead, methylmercury, arsenic, cadmium and manganese—adverse effects of these have been documented over time at exposures previously thought to be ‘low’ and ‘safe’.”

Return from Water Fluoridation and ADHD to What Is in Tap Water?