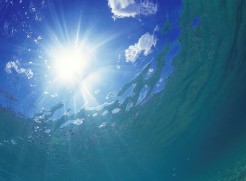 The Safe Drinking Water Act (SDWA) was initiated in 1974.  Due to the growing concern that the safety of our drinking water was being ignored, the federal government set the law in place, ensuring all drinking water be treated for contaminants and monitoring the pollution of drinking water.

The SDWA is regulated by the Environmental Protection Agency (EPA) and currently monitors over 160,000 public water systems.

These amendments were enacted to improve the function of the law.

The main points in which these amendments affected the law were by:

Currently, there is a new amendment being pushed in Congress to make drilling companies report the chemicals used in their hydraulic fracturing process.

It would require the companies to report the chemicals they mix with sand and water and pump underground in the process known as “fracking.”

These chemicals are treated as company secrets, but until the EPA knows what chemicals are being pumped into the ground, they are not able to properly treat and filter the water.

The drilling companies have stopped this law from being passed two times, in 2010 and 2011.

The Function of the SDWA

Before 1996, the law functioned primarily as treatment for tap water and human consumption, but with the amendments, it was expanded to protect the water for the entire process from underground aquifers to our tap.

There are a number of threats to drinking water, contaminants, waste pumped into the ground, human waste, improperly disposed chemicals, and naturally occurring substances.

The SDWA also requires the EPA to post unregulated contaminants which may require treatment, but are currently not being treated.

Concerns about the SDWA

With such a large government program, there are going to be problems contained in a specific community or on a wider scale.

In farming communities, there are concerns of pesticides and herbicides contaminating the water. The problem is that these usually only enter the water four or five times a year, and are not considered a major concern.

Other people have also questioned the way in which the water is treated, with some of the chemicals used to purify the water as having harmful side effects.

But, the main concern right now is with the “fracking” processes occurring in mining communities.

Passing the Safe Drinking Water Act was a major step in improving drinking water quality, with a standard set for the treatment of water, but there are still contaminants and problems at the local level and beyond.

Talk to your local government or check out the EPA site regarding the SDWA to learn more and see what you can do.