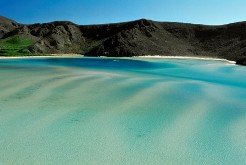 As radioactive water started spewing into the Pacific Ocean from the meltdown of Japan’s Fukushima Daiichi nuclear power plants, many concerns were raised about the health effects of this contaminated water.

The radioactive leak is just one in a series of cascading disasters that has plagued Japan after it was struck by a massive 9.0 earthquake and tsunami on March 11, 2011.

The release of the toxic water, which contains radioactive iodine and cesium, into the ocean has the potential for serious damage to the health of the Japanese people.

Both contaminants are known to cause cancer. Radiation levels at the second reactor of Fukushima Daiichi have been estimated at 1,000 millisieverts per hour.

A dose of 2,000 millisieverts is considered severe radiation poisoning.

Evacuation Workers Are at Highest Risk

The evacuation workers are risking a lot to stem this problem and they are the ones most at risk in this disaster. Two workers have already been hospitalized due to radiation poisoning, and a third worker had to stop working.

With a dose over 2,000 millisieverts, there is more than a 50 percent chance of cancer in the person’s future and many of these workers are expecting to die, willing to save their country from this crisis.

These anonymous heroes deserve our respect and prayers while the reactor continues to leak.

Threat of Radioactive Water Spreading to the United States

There are a number of radioactive particles emitting from the Fukushima Daiichi plant that pose minimal risk to human health, notably iodine-131 and cesium-137. As the radioactive water pours into the Pacific Ocean, it is carried away from Japan and towards the western coast of the United States.

The levels of radiation that have reached the California coastline from the ocean are minimal (about .0001 millisievert) and are not a cause for major concern.

However, any level of radioactive water is a risk to all living things because of its cumulative effect.

Some U.S. cities report a small amount of radiation in the tap water but the amounts are so small thus far that it would take an infant drinking 7,000 liters of water to equal what they would get from one day of radiation from normal living.

The other concern was that the radiation would be spread through the air and come into our water systems through rainwater. But the Japanese meltdown has been characterized primarily by melting and leakage rather than air contamination.

This meltdown was different from the Chernobyl explosion, where the nuclear fuel was primarily vaporized and dispersed into the air, spreading the danger far and wide.

The main radiation threat comes from the exposure of people, agriculture, and wildlife near the plant.

Human exposure to radiation through ingestion or absorption leads to an accumulation of radioactive iodine in the thyroid gland. Radiation is a well-known cause of thyroid cancer.

We’ve been told that milk and dairy in the U.S. has been found with varying levels of radioactive particles.

So if we know our milk is contaminated, don't you think the beef would be contaminated also? And what about our wildlife and agriculture?

I suspect that at least some (if not all) of the animal and agricultural products in the U.S. are contaminated to a certain degree.

Contamination of Fish and Seaweed

In addition, fish and seaweed, common exports of the Japanese sushi industry, have been exposed to radioactive iodine. Fortunately, fish are not prone to absorb radioactive iodine from the water, and any iodine absorbed by fish would allegedly decay within a couple of weeks.

However, fresh seaweed can soak up iodine from radioactive water in massive amounts.

The main health concern is with the sale of fresh seaweed, either in Japanese markets or restaurants.

The risk for toasted seaweeds such as nori, commonly used for sushi rolls, is minimal since the radioactivity would decay before the nori could be brought to market.

Cesium, which accumulates in the tissues of fish, offers much more serious health risks. Cessium concentration in fish can exceed 100 times the surrounding waters.

To make matters worse, these concentrations only increase as they move up the food chain, as fish eat other fish.

Thus, the largest fish that are exported from Japan (such as tuna) will carry the highest levels of radioactive particles.

Cesium is a metal that tends to lodge in the muscles because it mimics potassium. Like other heavy metals, such as mercury, cesium is also associated with higher risks of cancer. Fortunately, cesium tends to pass through the body more readily than mercury.

Overall, the threat of radioactive water contamination from Japan does not pose an immediate serious health risk to the people in the United States.

However, the accumulated effect of radioactive water and air is a concern. I definitely plan to avoid milk and dairy for a while and supplement with kelp and other seaweeds to support my thyroid.

In fact, these days, it's a no-brainer to drink filtered water. You can't trust tap water or bottled water.

We also recommend taking super green supplements, such as the E3Live products that assist in body detoxification, increase alkalinity, and boost immunity. These can help protect ourselves from the high levels of pollution, even without the added challenge of a crisis like the nuclear plant meltdown in Japan.

Return from Radioactive Water to Types of Water Pollution