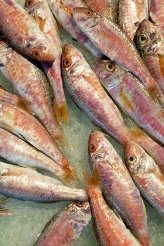 High levels of mercury in water are being found in the U.S. and throughout the world. More and more studies of mercury pollution are emerging.

Mercury is a poison that causes many health issues and it is difficult for the body to eliminate. So, how do we get mercury in water?

One of the ways in which many states and countries fuel their electricity is through coal-based power plants.

These plants are one of the cheapest, most affordable routes for energy.

However, they are responsible for most of the greenhouse gas emissions and also emit deadly chemicals such as mercury.

Mercury is one of the byproducts of the process used to create electricity in power plants and it is disposed of either through the air or in a river or stream nearby.

For those of us who don’t live in states or countries where coal-based plants are utilized, we are not aware of the effect these plants create on the environment and subsequently our health.

When government scientists tested fish in 291 streams across the U.S., they found that all the fish tested had traces of mercury in their bodies and 25 percent of those had mercury levels above the standard set by the EPA.

Since mercury is being emitted into the air and water, we (like the fish) are also ingesting mercury from the air we breathe, water we drink, and fish we eat—just to name a few sources.

See the Resource "Mercury Levels in Fish We Eat" below.

Mercury Is a Poison

Mercury is an inorganic, toxic metal that has disastrous effects on our bodies if too much is ingested.

It is a substance we were never meant to ingest—and it does not belong in our water.

In a nutshell, mercury is a poison for our bodies. It specifically damages the central nervous system, endocrine system, and kidneys.

It also has a negative effect on the other organs, as well as the mouth, teeth, and gums.

Thus, it is important for everyone to be aware of the levels of mercury found in fish and avoid eating fish with high levels.

In addition, avoid ingesting mercury in water by investing in a high-quality, drinking water filter that removes mercury, lead and other contaminants.

Children and the Unborn Are High Risk

Mercury affects children and unborn children the worst. It has been proven to cause permanent brain and neurological damage.

It also reduces cognitive abilities and is known to cause developmental problems.

Thus, women who are pregnant and young children should stay away from eating too much fish (see “Mercury Levels in Popular Fish” below) and from drinking mercury in water.

Ways to Eliminate Mercury in Water

The technology exists to do a much better job at controlling mercury pollution and it does not have to be emitted into our air and streams. Just a couple of these technologies include the following:

Tell your local state or country official that you support these changes.

Fish with high levels of mercury:

Fish with medium levels of mercury:

Fish with low levels of mercury:

Return from Mercury in Water to Water Contaminants