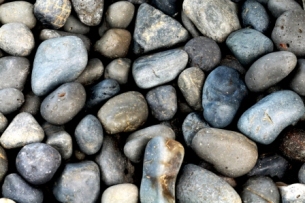 Most of us here in the United States do not really feel the impact of freshwater scarcity.

There might be a small rise in prices or maybe the government will sometimes dam a nearby river, diverting the flow towards the city.

But we have never really felt the hardships of scarcity. That might be changing soon. I do not want to scare anyone, but our rivers are starting to run dry.

The dry desert towns where people settled, which originally were simply way posts on the road to California, have grown larger and larger.

The rivers nearby were diverted and used for irrigation and served as a means of clean water.

This served the towns that grew to maybe 20,000 to 100,000 people in size, but now the towns have far outgrown the environment.

City governments, burdened with this knowledge and the impending cost that water will hold, have started to take action. For example:

The Colorado River Has Almost Dried Out

Even though these cities and many other western cities have started taking action, the fact remains that they are in areas of physical water scarcity.

What this means is that there is not enough water in this region of the United States to provide for the amount of people.

One river that has provided water for the majority of the western U.S., the Colorado River, has almost completely dried out.  The reason for this is that the river cannot regenerate fast enough. Too many cities are relying on it.

Some of the hardest-hit western cities that are trying to adapt to the drought include:

Even with the implementation of policies and actions to protect water as a resource, these cities will soon have to start importing water.

This is the future for most Americans living in the western United States, and sooner than later we will see pipes running across the plains. Not carrying oil, but carrying water.