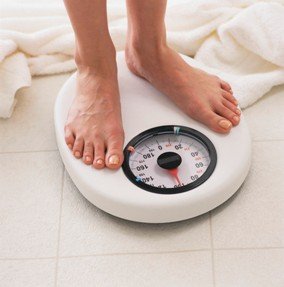 Clinical studies have proven the benefits of drinking water to lose weight. Dieters may find this helpful to know.

Drinking water is the foundation of each of these factors, and many more.

Water, in fact, is involved in every function in the human body, including the flow of lymph and blood through the body, the transfer of nutrients to the cells and tissues, the removal of wastes out of the cells, the balance of hormones and the regulation of metabolism, just to name a few.

Most weight-loss advocates encourage dieters to “drink plenty of water.”

However, without knowing the reason behind this advice, many dieters find it hard to actually drink enough water to experience the long-term, weight-loss benefits.

Thus, the higher one’s metabolism, the more quickly calories are burned. If your metabolism is slower, calories are more likely to be converted to fat.

Thus, learning how to increase metabolism naturally is always something to consider for any long-term, weight-loss program.

According to one study noted in The Journal of Clinical Endocrinology and Metabolism (December 2003 issue), Michael Boschmann, MD, and colleagues reported that drinking water does increases the metabolic rate in the body.

They noted that after drinking half a liter (about 17 ounces) of water, the rate at which calories were burned increased by 30 percent for both men and women.

The increase in metabolic rate was observed within 10 minutes of drinking water and reached its peak 30 to 40 minutes afterwards. What is especially worth noting is that the effect was sustained for more than an hour.

What this means, in plain language, is that every time you drink about 16 ounces of water, your body will burn calories at a higher rate for at least an hour afterwards!

The researchers concluded that a person who increases water intake by 1.5 liters a day would burn about an extra 17,400 calories a year. This equates to about a five-pound weight loss for most people.

This may seem like a small amount, but it’s an added benefit that is easy to sustain when a daily drinking water habit is established. Every diet program should include drinking water to lose weight and increase calorie burning.

In addition to the increase in metabolic rate, Boschmann’s study found that drinking water had an effect on energy metabolism.

After drinking water, the study reported that people’s energy expenditure started to increase within 10 minutes.

Dr. Hiromi Shinya, MD, well-known surgeon and developer of the colonoscopy process, explains the benefits of increased energy metabolism of drinking water to lose weight in his book The Enzyme Factor.

Shinya writes, “When you drink water, the sympathetic nerves get stimulated, activating energy metabolism and increasing caloric consumption, which results in weight loss.”

He further explains that when the sympathetic nerves are stimulated, adrenaline is secreted.

He writes, “Adrenaline activates the hormone-sensitive lipase found in fat tissue, which then breaks down triglycerides into fatty acids and glycerol, making it easier for your body to burn stored fat.”

The Journal of Clinical Endocrinology and Metabolism: Water Induced Thermogenesis