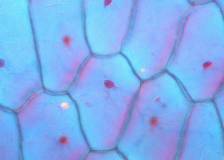 Like most people, you may have wondered if drinking too much water is unhealthy or even dangerous. Is it possible to drink too much water?

The quick answer is yes, but it is highly uncommon.

When too much water is ingested within a short period of time, such as an hour or two, the result can be fatal, as in the following tragic event reported in the news in 2007.

As a parent, you may have heard about the risks of dehydration in children who are involved in sports.

Making sure your young athlete stays hydrated is important for their fitness as well as their health and safety.

Since many children these days drink so many other beverages in place of water, the risk of dehydration in young athletes is increasing because they are already dehydrated!

Water makes up about 75 percent of children’s muscle tissue. Thus, it makes sense that in order to keep their muscles functioning well, they need to stay hydrated with clean water.

Stay Away from Water-Drinking Contests

A 28-year-old California woman took part in a water-drinking contest that promised a free Wii video game device to the contestant who drank the most water without urinating.

In fact, the contest was entitled “Hold your wee for a Wii.” Clever, but fatal.

The woman, who was a wife and mother of three children, died shortly after she took part in the contest. Investigators estimated she drank about two gallons of water during the contest.

Signs of Drinking Too Much Water

Immediately after the water-drinking contest, the California woman had shown visible signs of distress and she complained of discomfort—but she was not taken seriously.

Tissue swelling and electrolyte imbalance can cause an irregular heartbeat, dizziness, and behaviors resembling alcohol intoxication.

Other signs may include fluttering eyelids and headache.

Swelling of brain tissue can cause seizures, coma and even death if treatment is not administered quickly.

Infants and Athletes Are More Susceptible

Infants and athletes are most susceptible to water intoxication.

Athletes, especially those involved in endurance-type sports, are also more likely to suffer from water intoxication.

The reason for this is because athletes can lose large amounts of both water and electrolytes from excessive sweating during long or intense training sessions or events.

If an athlete becomes dehydrated from insufficient fluid replacement during an exercise session and then drinks too much water without also replenishing electrolytes (especially sodium), he/she can experience water intoxication and/or hyponatremia.

How Much Water vs How Fast You Drink It

The kidneys of most healthy adults can process up to 15 quarts of water a day!

Since most people are never going to drink anywhere near that amount, it is highly unlikely that you are ever going to become water intoxicated.

Dehydration from insufficient water intake and/or water loss affects a much, much higher percentage of people than water intoxication.

The danger of drinking too much water is not so much about how much water you drink, but how fast you drink it, as noted in the case with the California woman.

It is better to have small amounts of water frequently rather than trying to force large amounts of fluid at one time.

Thus, the bottom line is that drinking too much water is not an issue for most people—as long as one’s water intake is spread throughout the day.

Special considerations are noted for infants, athletes or other individuals with medically diagnosed conditions that require limited intake of fluids. As always, follow your doctor’s recommendations.

Return from Drinking Too Much Water to Drinking Enough Water Daily