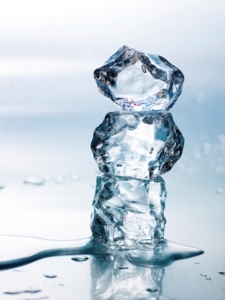 Many years ago I assumed that drinking purified water would be the healthiest, so I drank both reverse osmosis water and distilled water for several years.

However, what I did not know is that both reverse osmosis and distillation remove naturally occurring minerals in water along with certain contaminants.

The World Health Organization (WHO) released a study with sufficient evidence of health risks associated with drinking demineralized water.

Data from the WHO study was based on experimental and observational studies.

Experiments had been conducted on laboratory animals and with human volunteers, while observations were collected from populations who drink desalinated water as well as individuals drinking reverse osmosis water, and infants given beverages made with distilled water.

What Is Demineralized Water?

In the WHO study, demineralized water is defined as water that contains little or no dissolved minerals in it.

Demineralized water is not found abundantly in nature, except in rain water and ice.

Groundwater and surface water that are found most abundantly in nature are not chemically pure water. These waters always contain small amounts of total dissolved substances (minerals, gases and organic matter).

Artificially-produced demineralized water (such as through distillation and reverse osmosis) were initially used in industries and laboratories. In the 1960s, these technologies became more accessible for drinking water treatment, especially where the  source water was either ocean water or extremely hard or contaminated.

However, according to the WHO, “It was clear from the very beginning that desalinated or demineralized water without further enrichment with some minerals might not be fully appropriate for consumption."

The following categories explain some of the health effects associated with drinking low mineral water.

Water and Mineral Balance in the Body

Demineralized water is reported to taste bad to most people and therefore may affect the amount of water people consume and whether they stay hydrated or not.

Drinking water of low mineral content conclusively showed that it had a negative effect on functions in the body that control water and mineral metabolism.

This imbalance increases urine output (and thus the additional loss of calcium, magnesium, potassium, and chloride ions), changes the balance of minerals and water inside and outside cell membranes, and affects hormones that are key to the managing of body water balance.

In 1993, the German Society for Nutrition came to the same conclusions and warned the public against drinking distilled water.

This society explained that water in the human body always contains specific concentrations of electrolytes that are controlled by the body. Electrolytes are electrically charged minerals such as potassium and sodium.

When drinking demineralized, our intestines have to add electrolytes to this water first, pulling them from body reserves. This leads to the dilution of electrolytes and insufficient body water redistribution which may compromise the function of vital organs.

At the early stages of this condition, symptoms may include fatigue, headaches, weakness, as well as muscle cramps and even heart rate abnormalities.

The symptoms of ingesting low mineral water over a long period of time may be gradual and with subtle changes. However, consuming demineralized water after intense or prolonged physical activity may cause acute symptoms such as delirium or shock. 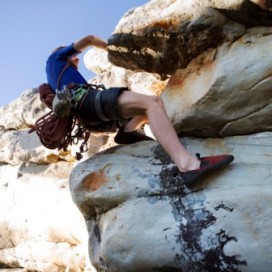 Water intoxication can occur with ingestion of a large amount of water within a short period of time.

This risk increases with water that has lower mineral content.

According to the WHO, “Acute health problems were reported in mountain climbers who had prepared their beverages with melted snow that was not supplemented with necessary ions.”

In 1994, the CDC reported incidents of severe water intoxication symptoms with infants whose beverages were prepared with distilled or low mineral bottled water.

Reduced Levels of Calcium and Magnesium

Even though food is a much richer source of calcium and magnesium intake than water, demineralized water can significantly affect the balance of these key minerals in the body.

One of the reasons for this is because “the elements are usually present in water as free ions and, therefore, are more readily absorbed from water compared to food where they are mostly bound to other substances.”

Many studies throughout the world have reported that people drinking water that is low in calcium and magnesium (i.e., soft water) is tied to higher incidence of death from cardiovascular disease compared to those drinking regular water.

Recent studies also suggest that the intake of soft water may be associated with a higher risk of fracture in children and decreased bone density in adults.

In addition, studies found that cooking with demineralized water caused a huge loss of essential elements from most foods. In some cases, the loss of calcium and magnesium was as much as 60%.

Since low mineral water is unstable, it is highly corrosive.  It will much more likely absorb metals and organic substances from pipes, tanks and other water holdings.

In addition, calcium and magnesium in food and water can help stop the absorption of heavy metals from the intestines into the blood.

In general, people who are drinking demineralized water may be at higher risk of exposure to toxic metals compared to those who drink mineral-rich water.

The risks are related to water and mineral imbalance, increased risk of fractures in children, and de-calcification of bone in adults.

Drinking water should contain at least minimal levels of essential minerals and other natural substances.

Unfortunately, the WHO did not recommend specific levels of essential minerals in water.  However, other researchers have recommended a minimum of 20 mg/l of calcium and 10 mg/l of magnesium.

“Demineralized water that has not been remineralized . . . is not considered ideal drinking water," according to the WHO, and "therefore, its regular consumption may not be providing adequate levels of some beneficial nutrients."