Depression and Dehydration
Key Reasons They Are Linked 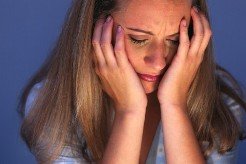 Depression and dehydration are linked for several key reasons, especially in relation to the production and metabolism of serotonin, tryptophan and essential amino acids in the body and brain.

Depression is a common symptom of chronic dehydration.

There are many different types of depression, which can range from feelings of mild depression to more severe clinical depression.

The degree of dehydration can be classified into mild, moderate and severe stages. The stage of dehydration depends on the percentage of lost body weight, which is caused by fluid deprivation and excretion.

So it would be too simplistic to say that all forms of depression are affected by dehydration.

However, when we understand that the brain tissue is about 85 percent water and the body is about 70 percent water, it is only logical to conclude that not drinking enough water will have a significant impact not only on the physical body but also on the mind and the emotions.

In addition, a significant number of Americans are suffering chronic dehydration and are unaware of its effects on the mind and the body.

There are many reasons why depression and dehydration are linked. One of the most significant reasons is that depression is often connected to insufficient levels of serotonin, an important neurotransmitter.

An essential amino acid, tryptophan, is converted to serotonin in the brain. However, when the body is dehydrated, the transport of tryptophan across the blood-brain barrier is deterred.

Dehydration also causes a shortage of tryptophan in the body because of the body’s impaired ability to detoxify when there is a water shortage.

Thus, the liver then uses more tryptophan as an antioxidant to help neutralize free radicals and other toxins in the body.

In addition to dehydration’s effect on tryptophan, it can also deplete other essential amino acids in the body. Studies have shown that an incessant shortage of amino acids can contribute to feelings of dejection and inadequacy, as well as feelings of anxiety and irritability.

Decreased Energy in the Brain

Another way that depression and dehydration are linked is that dehydration can decrease the level of energy generation in the brain. According to F. Batmanghelidj, M.D., in Your Body’s Many Cries for Water:

“Pathology that is seen to be associated with ‘social stresses—fear, anxiety, insecurity, persistent emotional and matrimonial problems—and the establishment of depression are the results of water deficiency to the point that the water requirement of brain tissue is affected.”

Batmanghelidj says that the brain uses electrical energy that is produced by the water drive of energy-generating pumps.

He writes: “With dehydration, the level of energy generation in the brain is decreased. Many functions of the brain that depend on this type of energy become inefficient. We recognize this inadequacy of function and call it depression.”

Increased Levels of Stress in the Body

There are other factors, of course, that can contribute to depression. Stress is at the top of the list.

In the book Hexagonal Water: The Ultimate Solution, M.J. Pangman writes that “Dehydration is the number one cause of stress in the human body. Dr. Batmanghelidj says the same thing.

It is well known that stress produces many of the signs and symptoms of depression.

What many people don’t understand is that drinking plenty of water when enduring any type of stress is the best way to minimize its negative physiological and psychological effects.

In addition to drinking more water when under stress, it is important not to assume that drinking other fluids like juices, coffee, tea, soda or alcohol are substitutes for clean water.

The fact is that all of those liquids will actually contribute to the condition of dehydration in the body.

Obviously, drinking water will not necessarily “cure” all types of depression. However, it may be the missing link for many people who are chronically dehydrated.

In summary, the connection between depression and dehydration is well established.

Re-hydrating your body by drinking enough water daily is foundational to any health treatment plan, including treatment for depression.