Chromium in Drinking Water
Might Cause Cancer
by Nancy Hearn, CNC 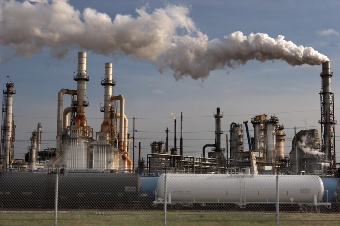 Hexavalent chromium in drinking water is in the news again . . . and this known cancer-causing chemical may even be in your drinking water.

Hexavalant chromium, or chromium 6, is the known cancer-causing chemical made infamous in the 2000 movie “Erin Brockovich” for causing serious illness and death to many residents in the small town of Hinkley, California.

The reason this topic has shown up in the news again (August 2012) is because the Natural Resources Defense Council (NRDC) and the Environmental Working Group (EWG) just sued the California Department of Public Health for “failing to protect millions of Californians from hexavalent chromium.”

In 2001, the California state legislature gave the agency a timeline, January 1, 2004, to come up with a strong water testing standard for this chemical. Eight years later, they have still failed to do so.

If you don’t live in California, you might be thinking this doesn’t apply to you. Better read on . . .

In 2010, the EWG filed a report that of 35 U.S. cities tested for chromium 6 in its drinking water, the chemical was found in 31 cities. And the concentration of the chemical in its water for 25 of those cities was above the proposed safety standard of 0.06 parts per billion (ppb).

The highest concentrations of hexavalent chromium were found by EWG in the following 10 cities:

According to EWG.org, “At least 74 million Americans in thousands of communities across 42 states drink water polluted with ‘total chromium,’ which includes hexavalent and other forms of the metal.”

Hexavalent chromium is used for the production of stainless steel, leather tanning, textile dyes, wood preservation, and a number of other uses. The chemical enters the water supply from industrial run-off into surface or ground water.

Thus, the problem is that even though chromium 6 is known to cause cancer, reproductive problems, and other severe health conditions, it is not being regulated in drinking water in any state in the U.S.

What this means, of course, is that all water agencies in the U.S. do not have to monitor or remove this chemical before it leaves water treatment plants.

How to Protect Yourself from Chromium in Drinking Water

Anyway, enough bad news, I think. Since it could be at least a few more years before adequate standards of water regulation are enforced throughout the U.S., we have to protect ourselves and our families from exposure to chromium in drinking water.

Two practical steps you can take:

First, find out what is in the water in your local area.

Look for the free resources on this page, What Is In Tap Water, where you can find out if a copy of your local water quality report is posted online. Or you can simply request one from your local water supplier.

Second, filter the tap/well water in your home.

EWG recommends a whole house reverse osmosis filter to remove chromium 6 from tap water. Reverse osmosis is the only type of filtration I have found in my research thus far that removes chromium 6.

However, I normally do not recommend reverse osmosis water purification systems since they also remove the naturally occurring minerals in water, which are important for body balance.

In addition, while reverse osmosis is effective for removing certain contaminants (like chromium 6), it does NOT remove volatile organic chemicals (VOCs), chlorine and chloramines, pharmaceuticals and other chemicals found in tap water. Thus, I personally would not choose a reverse osmosis filter unless I knew for sure that my source water contained chromium 6.

Unfortunately, there is not a single filtration type that removes every known contaminant in water. Thus, the key is to know for sure what is in your tap water before choosing a water filter so that you are removing the specific contaminants in your water!

If you are thinking bottled water might be a better (i.e., easier) choice, read this first: Bottled Drinking Water – Know What You Are Getting

Return from Chromium in Drinking Water to Water Contaminants