Causes of Dehydration
The Two Main Ones 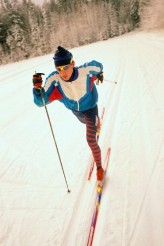 The two main causes of dehydration are simple:

Most often, it is a combination of the two main causes of dehydration.

In my experience, most people simply do not drink enough water daily—for a number of reasons.

Or people assume they get enough water from their food. Or they say drinking water makes them urinate too frequently.

Whatever the reasons, the cumulative effect over time of not drinking water is chronic dehydration. And the consequences are impaired bodily functions, toxin accumulation, stagnation of bodily fluids, and so many other hidden effects.

In addition to the daily loss of water through normal bodily functions, there are many situations that can cause acute dehydration, especially illnesses that involve diarrhea, vomiting, blood loss, and sweating from fever or intense exercise.

Thus, drinking plenty of fluids, especially water, during an illness or prolonged exercise is very important.

Another important reason to drink water during an illness is to flush toxins out of the body and keep the bodily fluids clear and running smoothly. Even slight dehydration will most likely cause the illness to last longer.

When children are sick, they tend to refuse to eat or drink anything while losing fluid from vomiting, diarrhea or fever. This makes them more susceptible to dehydration.

Thus, it is critical for parents to know the signs and symptoms of dehydration in infants and small children.