ACV for Weight Loss
Does It Help?
by Nancy Hearn, CNC 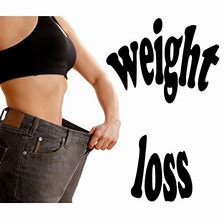 Numerous small studies on animals indicate that there may be some benefits of taking ACV for weight loss.

However, to date, the only significant human study with Apple Cider Vinegar (ACV) showed that the weight loss and fat loss benefit is minimal. Unfortunately, ACV is not a magic bullet for significant weight loss.

The main active ingredient found in ACV that is believed to help with weight loss is acetic acid.

The research comes from several small studies, most of which were done on mice and rats. Just a few of the potential weight loss benefits of acetic acid include the following:

Body fat reduction - A study in Bioscience, Biotechnology, and Biochemistry found that mice who were given acetic acid had a higher energy expenditure and were less likely to gain body fat.

Lower blood sugar and insulin –  In one rat study, acetic acid reduced blood sugar levels by improving the ability of the liver and muscles to uptake sugar from the blood. It also lowered insulin levels.

Increased metabolism –  A similar study with mice given acetic acid showed an increase in the AMPK enzyme, which increases fat burning and raises metabolism.

Appetite suppression and satiety -  A few other small studies indicate that taking ACV may also suppress appetite and promote a feeling of satiety.

The only significant human study published to date is a 12-week study with 144 obese Japanese adults.

The basic ACV weight loss results were the following:

Remember, this was the result of taking ACV for three months, resulting in about 1 pound of weight loss per month.  Thus, it is not a significant metabolism booster or fat burner.

However, it may be just the thing to keep the scale moving in the right direction when using it as a dietary aid for weight loss.

Even though I believe there are many health benefits of apple cider vinegar when drinking it with water, the weight loss benefit is most likely going to be minimal.

However, I do think that taking raw, apple cider vinegar in water in conjunction with a comprehensive weight loss program is still a good idea for most people, mainly because it helps regulate blood sugar and insulin.